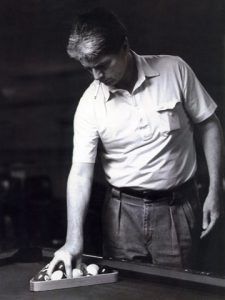 Elusive under-cover master Jack Cooney is one of the modern icons of action One Pocket, and a prime example of “After Hours Legends who have demonstrated their excellence and their heart by matching up against the best of their time,” to quote from the One Pocket Hall of Fame selection criteria. Jack’s early education in One Pocket took root in one of the great pool scenes of the 20th century, the fabled Cochran’s poolroom in San Francisco in the 1960’s.

But while many of our top One Pocket players began their careers in 9-Ball or 14.1, Jack gravitated early to One Pocket, and stayed with it as his game of choice for his entire career. He also recognized early on that there was a lot more money to be made in after-hours action than there was in tournaments, so for years he very carefully avoided sanctioned competition. Between the fact that he avoided publicity, and his naturally understated demeanor, even many of the top players of his time didn’t know quite what he looked like, or exactly how well he played, especially outside of California. 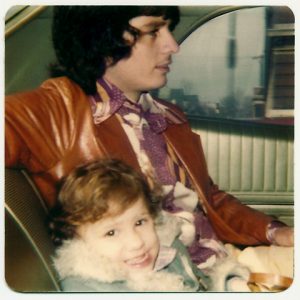 Jack with Freddy ‘The Beard’s daughter, way back when
Photo courtesy Fred Bentivegna

In the early seventies, Jack got together with Barbara Reid, his partner both at home and on the road ever since. A sharp manager and fiercely dedicated to Jack, Barbara is tough in her own right. In fact, she once survived a point blank shot from a stick-up artist attempting to separate them from their bankroll.

Jack and Barbara as a team took an unusually professional approach to their road work, patiently setting up opponents carefully selected for their deep pockets. And despite Jack’s low profile road persona, he never lost his natural ability to get along well with his opponents, even in winning. It was this combination of work ethic, affable personality and high winning percentage that eventually attracted one of the top backers in pool, giving Jack access to unusual working capital for a road player. 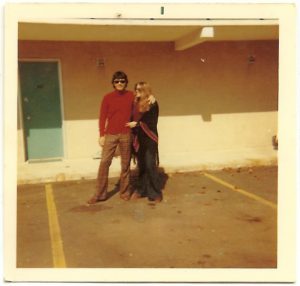 And yes, the “Reid” name comes from the fact that Barbara had previously been married to our 2008 Lifetime Pool in Action honoree, Jimmy Reid.

Although Jack avoided playing in tournaments for years, he is caught on Accu-Stats tape at Grady Mathews’s 1998 World One Pocket tournament in a tight game with Cliff Joyner.

He also came in second to Jose Parica in the 1993 South Philly One Pocket tournament.