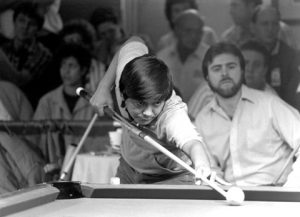 Like many child prodigies at pool, Jose got an early start because his father owned two poolrooms – one in his own hometown and another in downtown Manila. And his father was a good player, so Jose got to watch many of the best local players as they came in to challenge his father. By the time he was ten, Jose was playing for money, too. In the beginning it was his father that handled the money and made the games, and at first he was the recipient of handicaps, but by the time he was fifteen or sixteen he could handle the top local shooters playing even. By the time he was seventeen he figures he was about the best player in Manila. Then, as now, the main game in the Philippines was Rotation, to 61 points.  When his action began to dry up at pool, he took up billiards too, which no doubt helps to explain his mastery of position play. He even attended college for several years, where he studied business and engineering – both disciplines that are evident in the way he approaches pool. Jose’s style at the table in not flashy; he likes to keep things simple and efficient. And when he is gambling, he manages his own money without the need for a backer. 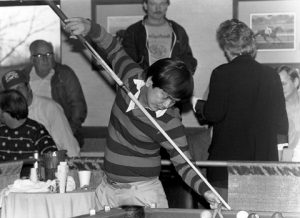 Known as the “leader of the Philippine invasion” because he was the first of a wave of Philippine players to sample the American pool scene, Jose has for many years adopted the USA as his home.  Jose recalls meeting the American player, Lee Boyer, at a tournament in Japan and she invited Jose to his first US tournament. He remembers finishing 9th-12th in the tournament, but following up with big after-hours wins against both Mike Sigel and Steve Mizerak. At first when he came here he avoided One Pocket, but after getting many offers to play the game, he practiced privately until the time was right. Around that time he played Bank Pool in Chicago for a stretch, and that also helped his One Pocket develop quickly.

Jose is a well-traveled veteran of tournaments and action all over the world – but especially here in his adopted country. If there was a pool tournament with a decent prize fund anywhere in the US in the last twenty years, chances are Jose was there, yet he considers himself a money player first. Jose prefers long races like “15 ahead” because he is tenacious and a good come-back player. 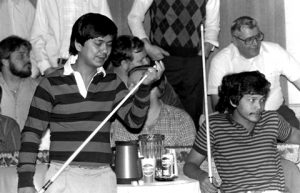 Jose just turned sixty, yet he is still a threat to win every time he steps to the table against the best players the world has to offer. Even though he is small in stature compared to the typical American player, because he is so flexible and he can switch hands, he players much bigger than he looks. Also, like many of the top money players over the years, Jose has developed a very good one-handed game.

Jose has many One Pocket tournament wins, including: