Wade Arlyn Crane was born February 20, 1944. He got his start playing pool in Robbinsville, NC, when he was about 12 years old. He had a shoe-shine job in a poolroom which allowed him to get in and play at an early age, despite a local law prohibiting players younger than 16. His game further developed after he moved to Chicago as a young man. Wade had to overcome poor eyesight to play pool and he played with glasses for most of his career. He had a reputation as the greatest opposite handed player of his time – which he accredited to the ambidexterity required for shining shoes. 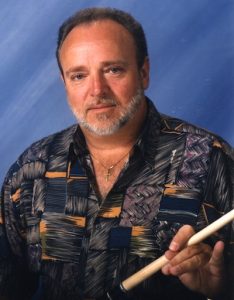 After leaving Chicago to return to the South, Wade adopted the moniker of ‘Billy Johnson’, the name he competed as for many years. The way he described it, he came up with the pseudonym by combining the restaurant chain “Howard Johnsons” with his older brother’s first name (having occasionally borrowed his brother Billy’s ID when he was underage), so being called ‘Billy’ came naturally to him.

1985 Was a stellar year for Crane as he finished second to newcomer Efren Reyes at Red’s in Houston. Incidentally, in that tournament, Crane was entered as ‘Billy Johnson’ while Reyes had slipped into the tournament as ‘Cesar Morales’ – has there ever been another major tournament where both finalists were both entered under pseudonyms? Later in 1985 in Atlantic City, NJ, Crane snapped off the Last Call for 9-Ball tournament at Resorts International for a $30,000 win. It was at this unusual single elimination event (each match consisting of best two out of three races to seven), against 114 of the greatest players of that time, that Crane became the only player in history to achieve a perfect 1.000 Accu-Stats rating in a tournament final when he defeated Buddy Hall for the championship. Wade was named 1985 Player of the Year. 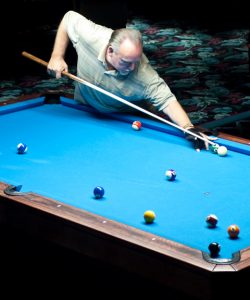 Although he was known best for his explosive 9-Ball game – including the “best break” as chosen by his peers – he was a strong all around player, with tournament wins in both Banks and One Pocket. Even though 9-Ball may have been his best game, he fully embraced One Pocket, calling it “the greatest pool game ever developed” in a 1994 interview in Pool & Billiards. In 2007 he was the Derby City Classic “senior” Master of the Table winner, with strong finishes in all three divisions.

Even though he was known among his family and friends as an incorrigible practical joker, he took his pool very seriously, and avoided drinking while he was shooting. With his soft-spoken gentlemanly manner and explosive pool game, he epitomized the saying, “walk softly but carry a big stick”.