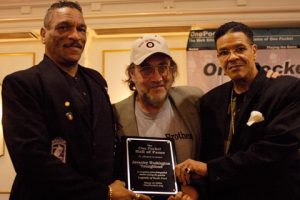 Born Javanley Washington July 19th, 1926 in Arkansas. As a youngster he developed into a very strong player, hence the nickname, ‘Youngblood’. Often affectionately shortened by his friends to just ‘Blood’. Youngblood was a proud and dignified player who would rather challenge the best, and play his best, than set-up a potential big score by stalling first. He even had a card printed that identified him as the ‘Negro Bank Pool Champion’.

He was ‘Chicago Bugs’ Rucker’s mentor and according to players that watched them, it took ten years of competition between them for Bugs to overcome the need for a two ball handicap from ‘Youngblood’. 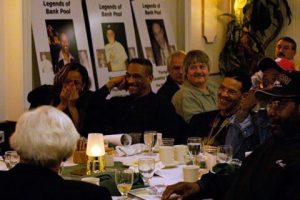 Because he banked so well, and played such good position, he played a run-out style of Banks that was in a class of its own. He had different ways he could shoot almost any bank, without compromising his accuracy. If you left him a shot, he could adjust his english and speed to play position on other loose balls with great confidence, which made him a threat to run out at any time if the balls were in play. According to fellow Chicagoan Sylvester Duncan, his favorite expression was, “When I sit down on this long straight back, you know I will bank out.”