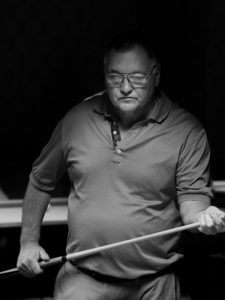 Harry Platis is a name synonymous with pool action over the last thirty years, yet at the same time, he is a successful lawyer – not your everyday combination. Yet as Harry describes it, his vocation in law is not unrelated to his avocation in pool. As a successful Seattle lawyer, most of his practice is contingency based, so there is a substantial risk involved nearly every time he takes a case. Like in pool action, there is a lot of groundwork in assessing the chances of winning, and also like a pool match, in his law practice Harry typically doesn’t get paid unless he wins the case. All in all, the high stakes gamesmanship of courtroom maneuvering and settlement negotiations have a lot in common with the way big pool action unfolds. As Harry says, “I could always handle the stress of high level gambling real well.” 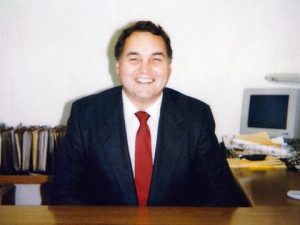 So, did his comfort level at gambling in pool develop from his experience practicing law, or was it the law practice risks that came easier because of his pool experience? As Harry tells it, pool came first. Growing up in Seattle, Washington, Harry’s family had a bar and restaurant that happened to have a pool table. As Harry remembers it, there was one outstanding player that used to come in there, who helped Harry develop into a pretty good player himself. “After high school I went to college, but I spent so much time in the local poolrooms that I flunked out.” After he flunked out of college that first time, Harry hit the road playing pool, but after a short stint going all out at it, Harry realized pool alone might not offer the future he envisioned for himself. He returned to school with renewed determination, first to finish his undergraduate degree, and finally to Gonzaga to study law in their night school program. Harry graduated in 1969 and started his own law practice in 1970. 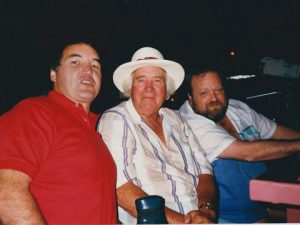 After his mother died in a tragic fire in 1980, Harry started back in with pool in earnest. By that time, he was doing very well for himself in his law practice so he was able to turn to pool as a high stakes recreational outlet. Harry figures he played his best from about 1980-85, when he was single and was doing well in his practice. Warren ‘Monk’ Costanza was a big influence on his One Pocket game. Even though he is a little older now, Harry still likes to get it on with good players. For the last few years, Harry has been working hard to establish a legitimate structure for parimutuel betting on pool and other sports.