This year at the 13th edition of Greg Sullivan’s Derby City Classic, new champions were crowned in both One Pocket and Banks as well as for the all-around title, and a professional poker player turned a strong heart for high stakes toward pool to claim the Louie Roberts Award.

In Banks, two-time defending champion John Brumback gave it a good run towards a three-peat, but ran out of gas late on the final night, as the Banks division played out into the wee hours of Tuesday AM. With Brumback left in third place, two Filipino’s battled it out for the Banks title, with Alex Pagulayan eventually prevailing over Ronnie Alcano.

The One Pocket division also saw an unusual final, as favorite after favorite fell by the wayside, and the finals came down to Earl Strickland and Shane Van Boening. Shane won in an entertaining hill-hill final.

Van Boening became the youngest player ever to be crowned the all-around champion at Derby City. 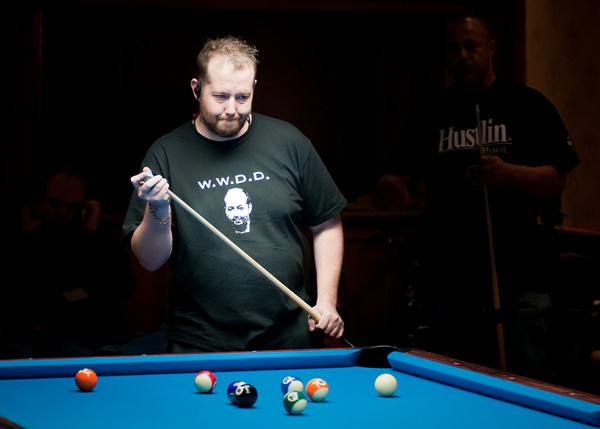